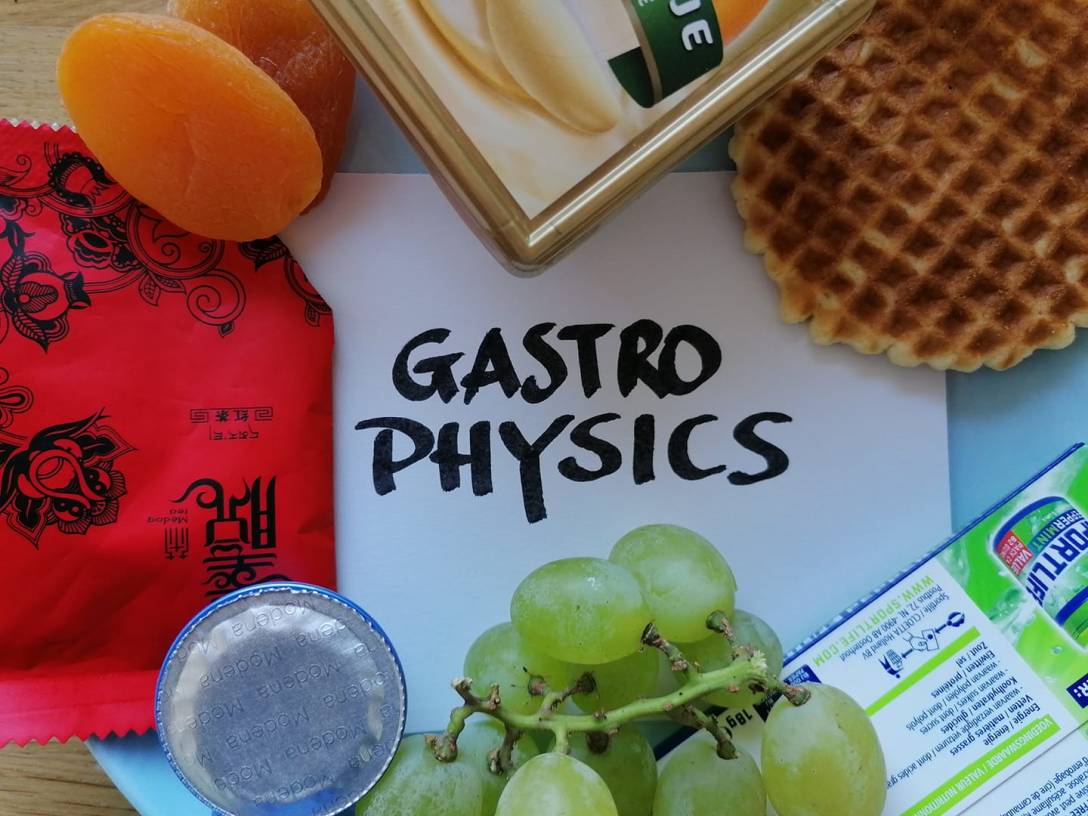 The emerging science of gastrophysics aims to integrate diverse perspectives on gastronomical sciences into a unified field of academic inquiry. As suggested by Barham (2013, p. 3) “…gastrophysics should be to gastronomy as astrophysics is to astronomy. Astronomers observe the planets and stars, they note how they move and even predict future movements; but astrophysicists explain why the stars are where they are and how they got there, and they also supply the sound scientific basis for the whole subject.”

According to one definition, gastrophysics combines gastronomy and psychophysics in order to understanding what happens in the diner’s mind, in relationship to what happens in their mouths, as well as everything else (Spence, 2017). In other words, the focus is on the science of the mind of the diner rather than on the science of the kitchen or cuisine (Spence & Youssef, 2018). To date, much of the gastrophysics research has focused not so much on the relationships between the components of the food and perception, but rather on ‘the everything else’, that influence our multisensory food experiences. This includes the role of plateware, glassware, cutlery, multisensory atmospheres, brand touchpoints, food aesthetics, as well as numerous other factors (Spence, 2017). As argued by Moller (2013), though, flavour “is not all in the brain”. For instance, hunger and satiety modulate hedonic perception. Interoceptive states modulate flavour appreciation, and food preferences are shaped by culture as well as education. Gastrophysics should therefore also be thought of as encompassing the study of everything from internal states to cultural influences on food experiences (Laudan, 2013; Visser, 1991).

Furthermore, it has also been suggested that gastrophysics is aligned with biophysics and chemistry, in that it aims to study the complex interactions in the science of cooking (Myhrvold, Young, & Bilet, 2011; Mouritsen, 2012), the physics of food, ingredients, food processing and food technology (Knorr & Watzke, 2019), and aspects of the physical basis for food quality, flavour, appreciation and adsorption in the human body (Mouristsen & Risbo, 2012; though see also Spence & Youssef, 2018).

With this Special Issue announcement, we call for investigations in the field of gastrophysics. Given the aims and scope of the journal, we are particularly interested in papers that incorporate aspects of applied insight and design. In particular, we are interested in works that integrate food design with other disciplinary approaches, such as experimental psychology, cognitive neuroscience, design, marketing, economics, anthropology, and culinary arts, among others, in the context of gastrophysics. As gastrophysics aims to expand our knowledge on the phenomena observed in gastronomy, we are also interested in evidence-based solutions to urgent human and planetary health issues. Our hope is that at the intersection of science and design we can foster awareness, behaviour change, and inspire strategies for innovation. We welcome empirical and theoretical work, as well as case studies documenting initiatives relevant to the field. We welcome research that looks into topics such as:

Mouritsen, O. G. (2012). The emerging science of gastrophysics and its application to the algal cuisine. Flavour, 1:6.

“The essence of the sensory intuitive lies not in what separates the senses but in what unites them—with each other, with all even the non-sensory aspects of our experience, and with everything without us which is there to be experienced.”

“We have created the world that possesses values! Knowing this, we know, too, that reverence for truth is already the consequence of an illusion – and that one should value more than truth the force that forms, simplifies, shapes, invents. Everything is false! Everything is permitted!”